I am an evolutionary biologist with a background in comparative genomics and developmental biology. Broadly speaking, I want to understand how the generation of phenotypic variation affects how evolution proceeds. This motivation has led me to pursue a diverse set of research questions that span from the developmental origins of novelties to the role of developmental plasticity in evolution – using a range of tools from geometric morphometrics to various kinds of -omics approaches. I am fortunate that most of my research questions can be addressed by studying lizards, and my new ERC-funded project on wall lizards allows me to use a developmental approach to answer one of the big questions in evolutionary biology – why does evolution repeat itself. 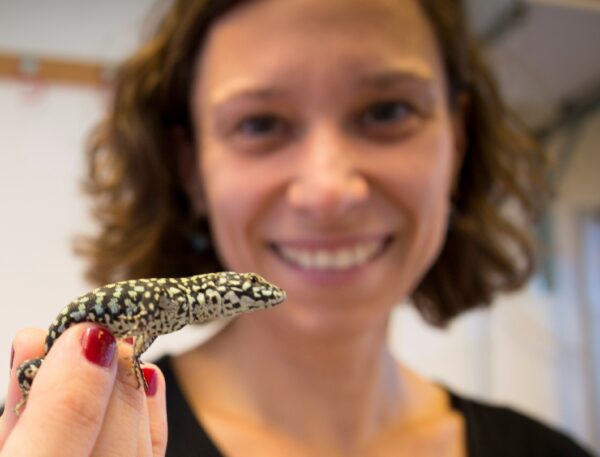 I want to understand how evolution works. This requires an integrative approach – from molecular and developmental biology to ecology – guided by mathematical modelling and conceptual analysis. My projects span across a range of topics, but most are designed to reveal how functional processes of organisms – development, physiology and behaviour – influence their evolution. We mostly study lizards, and combine experiments with genomic analyses, field studies and comparative methods. Several projects make use of mathematical modelling to predict or interpret evolutionary outcomes. The integration of development and evolution also raises conceptual issues, which I explore in contributions aimed towards biologists and philosophers of science. 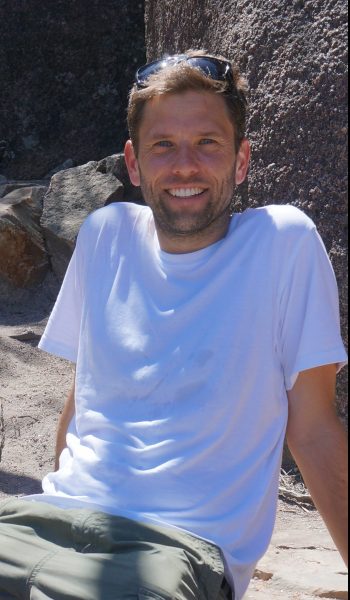 Science and photography are the tools I have chosen to understand why nature works the way it does and, importantly, to help protect its biodiversity. My research seeks to unravel how and why the environment and phylogenetic history of organisms shape natural and sexual selection, two key evolutionary processes that are critical to understand how diversity is generated, but also to evaluate the risk that populations and species go extinct. I love to delve into the role that animal signals (e.g. colours, odours, sounds…) play in these processes. My current research as a Marie Skłodowska-Curie Fellow makes use of a unique ‘natural laboratory’ setting that provides excellent opportunities to investigate the evolutionary causes and consequences of color diversity: Mediterranean wall lizards. How is diversification of colouration shaped by phylogenetic history, signalling function, and ecology – and how do these factors influence the persistence of endemic island populations? 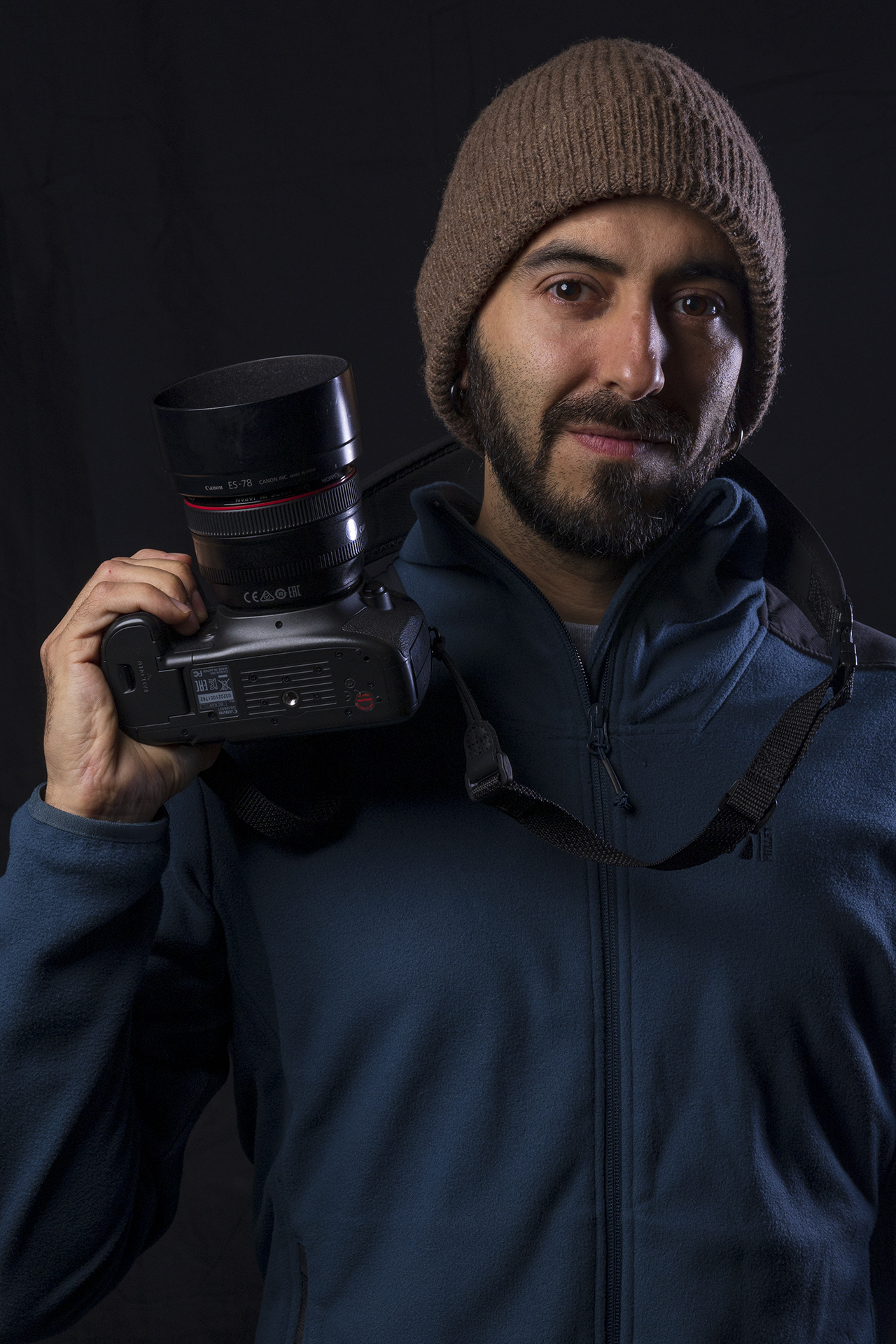 I am a limnologist and evolutionary ecologist. My research focuses on the responses of freshwater organisms and their adaptive ability to the effects of anthropogenic impacts on lentic freshwater ecosystems. It spans various levels of biological organization and complexity, includes molecular, analytical and conceptual approaches, and covers laboratory, mesocosm as well as field experiments. I mostly work on planktonic organisms. I started working on light quality effects on cyanobacteria during my Master’s research with Maria Stockenreiter at Seeon Limnological Station and shifted for my PhD to work on Daphnia. Using resurrection ecology, I investigated Daphnia resistance to cyanobacteria as a consequence of cultural eutrophication at Lake Constance with Dominik Martin-Creuzburg. I then moved to the US, working once again with Phytoplankton, Chlamydomonas this time. Working with Jim Elser in Montana, we looked at stoichiometric growth coupling and its ecological and evolutionary consequences under various nutrient manipulations. Here in Lund I will continue working on green algae, deepening my evolutionary understanding of adaptive processes. Utilizing anthropogenic disturbances to lake ecosystems as environmental stressors we will explore the relationship between the adaptive capacity to evolve and phenotypic plasticity of organisms. When are organisms good at adapting and how can they get better? 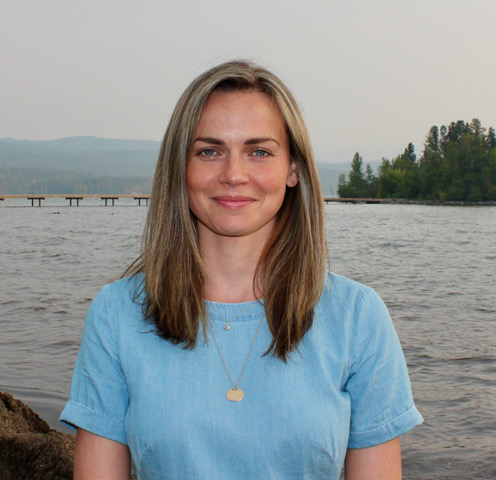 As an ethologist with a background on evolutionary biology, I aim to understand how behaviour, coloration, and colour vision co-evolve to help animals cope with their environment. In my PhD, I explored the functional significance of colour polymorphism in wall lizards by testing ideas rooted in sexual selection, sensory ecology and animal communication theory. To do so, I adopted a broad approach that combined lab-staged behavioural tests, a long-term natural field study, and two mesocosm experiments where we evaluated morph differences in socio-sexual behaviour and breeding investment. This allowed me to assess colour morph categorization from the perspective of conspecifics (crucial for its possible role as a social signal), as well as challenge the common belief that lacertid colour morphs are maintained because of their link with alternative reproductive strategies. My research at Lund University, embedded within Dr. Nathalie Feiner’s ERC-funded project on parallel evolution, will explore the putative leading role of selection on behaviour (i.e. aggression) in organizing trait correlations among a suite of exaggerated traits that have repeatedly evolved in wall lizards. 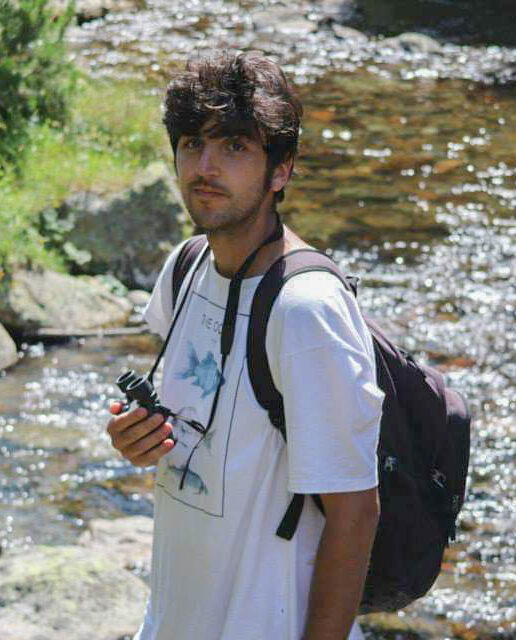 I am broadly interested in the developmental origins of biological diversity. During my PhD, I studied the significance of reproductive insolation within the Eco-Evo-Devo processes of adaptive divergence. I mainly worked on Arctic charr morphs (a northern freshwater fish) to characterize how hybridization affects trait covariance in multiple characters like feeding morphology, developmental timing and animal personality. I also explored the idea that hybridization promotes evolvability by affecting gene expression variability in early development. By joining the Feiner-Uller lab, I am diving further into the developmental mechanisms at the origin the morphological diversity in vertebrates, now refining my interests on repeated evolutionary patterns in the skull of lizards. Using comparative morphometrics, I am exploring whether remarkable head shapes, identified as part of the syndrome of exaggerated traits in Podarcis lizards, are also commonplace among other genera and can be traced back to the same ontogenetic processes. 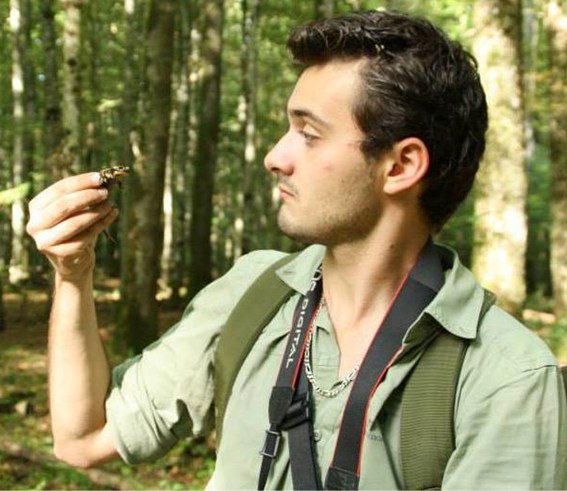 I want to understand biological diversity and why organisms look the way they do. This requires understanding the causal relationships between development and evolution. My approach is centered around predictive modeling and system identification of evolution and development as dynamical systems. I am also interested in the connections between this dynamical description and quantitative genetics. My current research at Lund University aims to develop theory to see the relationship between selection in variable environments and the evolution of development, with a particular focus on its implications for evolvability. 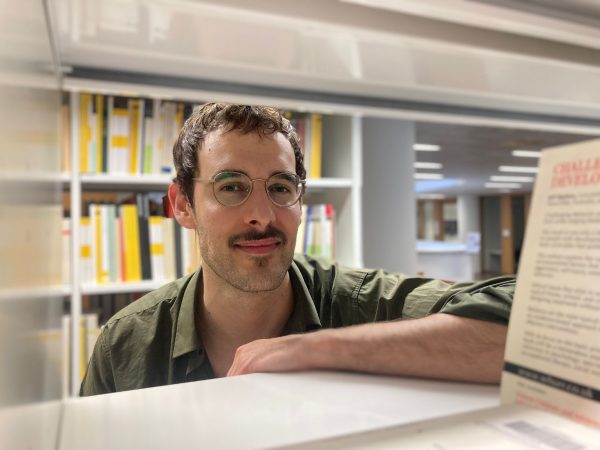 I am interested in understanding the mechanisms that underlie phenotypic evolution. My current research focuses on the role of developmental mechanisms in the evolution of phenotypic plasticity. In particular, I am interested in the evolution of polyphenisms, a form of plasticity that gives rise to discrete alternative phenotypes. I aim to reveal how polyphenisms evolve by modeling the evolution of their underlying developmental regulatory architecture. In addition, I will apply the model to the specific case of environmental sex determination and study how evolutionary transitions in sex-determining systems are mediated by the evolution of gene regulatory networks. During my PhD, my research focused on the role of symbionts in the evolution of their hosts. In particular, I worked on Wolbachia, widespread bacterial endosymbionts of insects and other arthropods. These symbionts affect development and reproduction of their hosts in remarkable ways, and I theoretically investigated several of Wolbachia‘s effects on host phenotype and their evolutionary consequences. 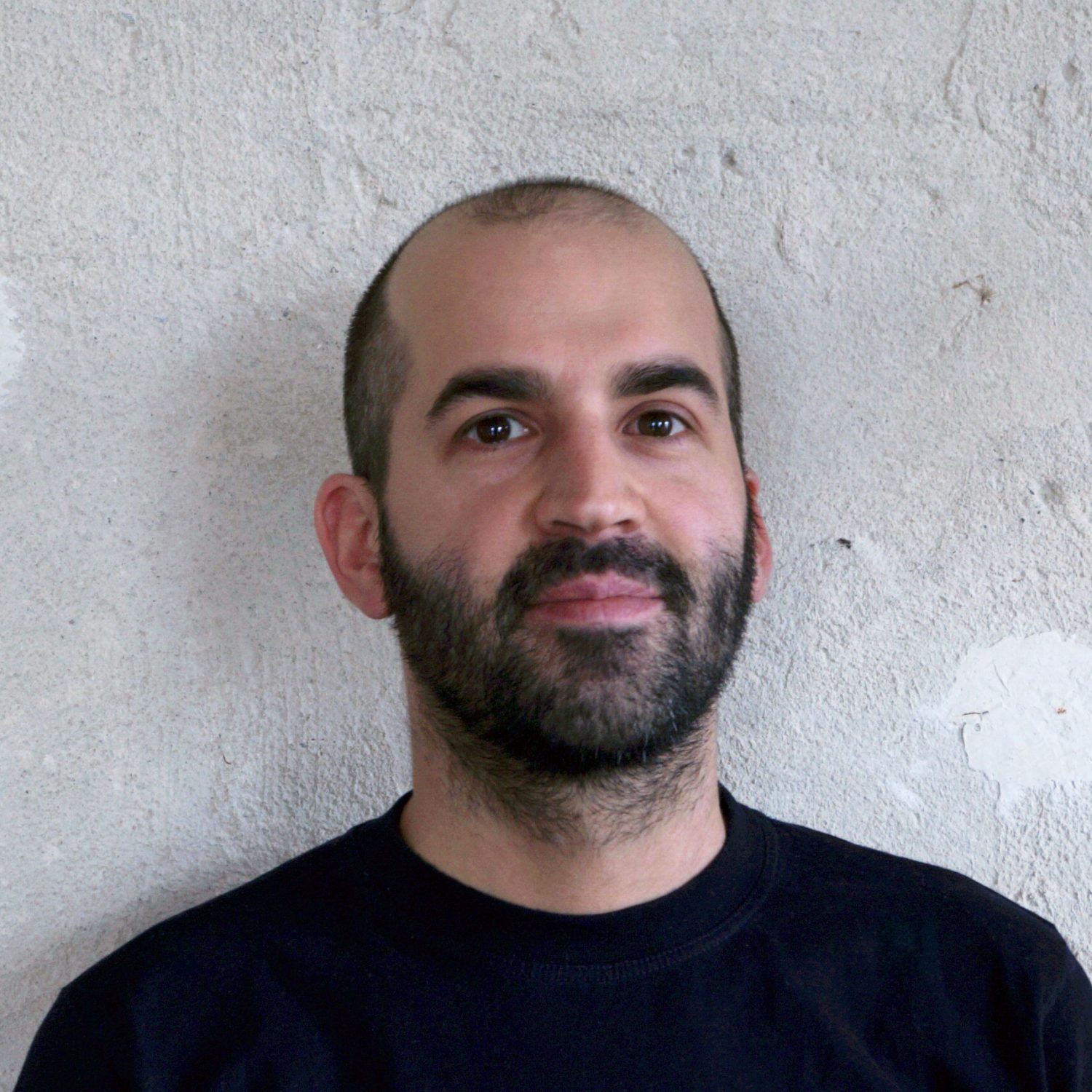 I am a PhD student at Lund University working with Nathalie Feiner on her ERC-funded project on parallel evolution. I am interested in the developmental basis of adaptive phenotypic changes, in particular the developmental origins of complex phenotypes. During my PhD, I will investigate a suite of exaggerated traits – a syndrome – that has repeatedly evolved in different wall lizard species. My aim it to identify the cellular and genetic changes that are associated with the syndrome to ultimately understand why evolution tends to repeat itself. 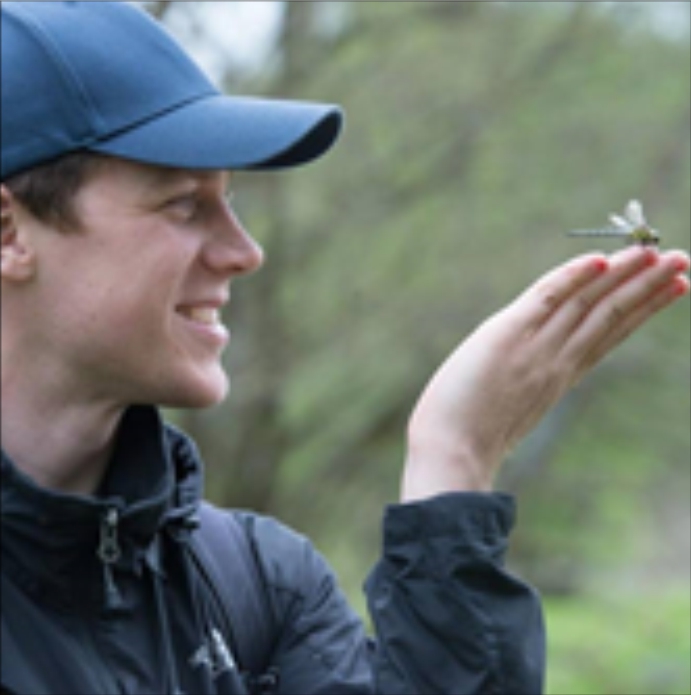 I’m Juan Gefaell, a PhD student in evolutionary biology from the University of Vigo (Spain). My work focuses on the evolutionary mechanisms of shell color polymorphism in the rough periwinkle (Littorina saxatilis). Besides my scientific research, I have a strong interest in the philosophy of science, particularly in the various conceptual issues that surround the Modern Synthesis versus Extended Evolutionary Synthesis debate in contemporary evolutionary biology. In Lund, I plan to work on three topics: first, I’ll be helping Nathalie, Tobias and the rest of the team with their ongoing project on the evolution and diversification of the Mediterranean wall lizards, doing some fieldwork in Italy during the last week of April. Second, I’ll be learning digital imaging characterization of color polymorphism, in order to apply new approaches to measuring color polymorphism in Littorina. And last but not least, I’ll be discussing philosophical and conceptual issues regarding the Extended Evolutionary Synthesis with Tobias, particularly those related to disagreement, pluralism and consensus in evolutionary biology. 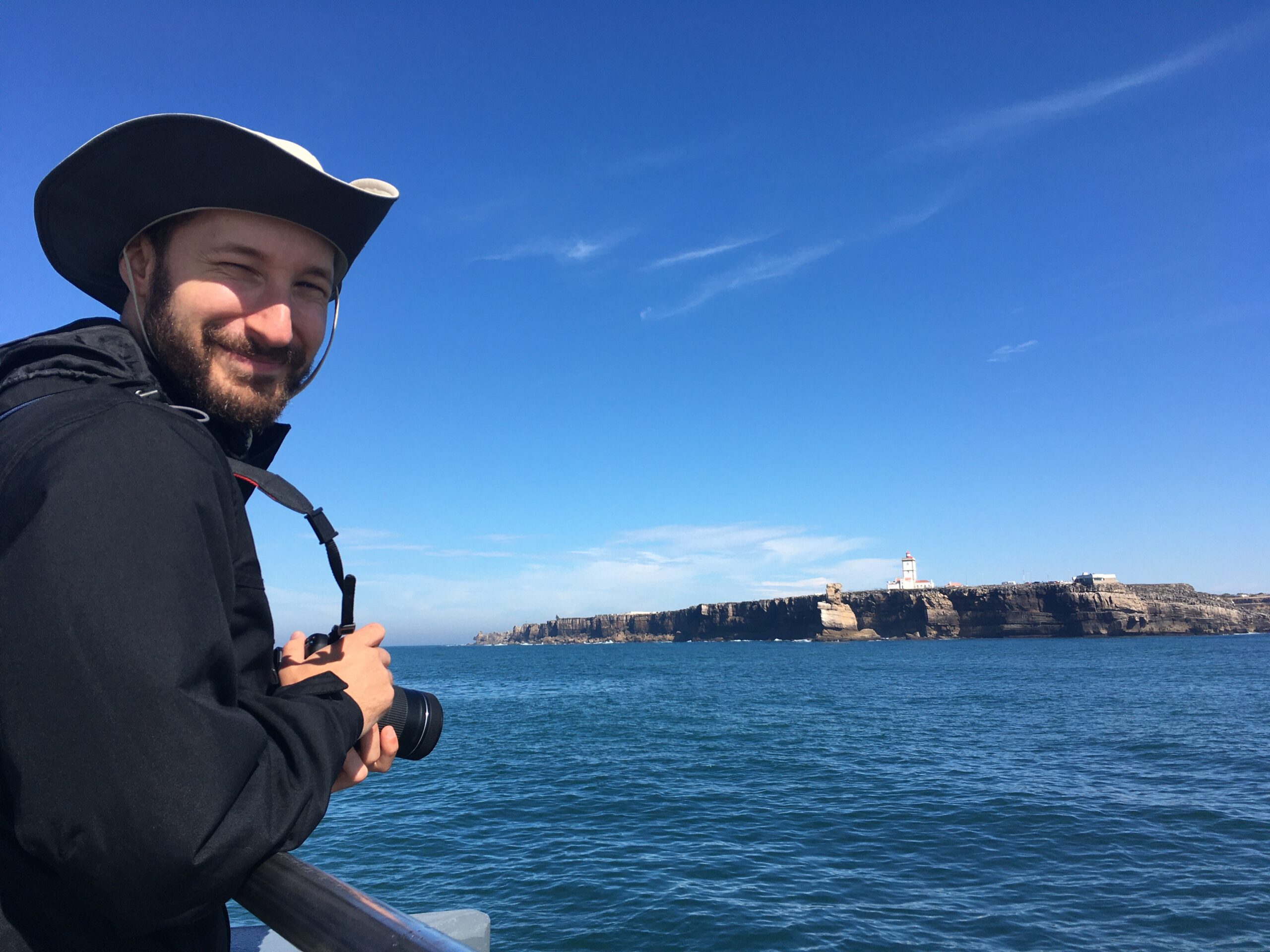 I am a visiting master’s student from the University of Glasgow who will be advancing the group’s work on the developmental basis of the dorsal patterning polymorphism displayed in Anolis sagrei. My project specifically will investigate if incubation at extreme temperatures can override the genetic control of this phenotype. I will also be investigating if such treatment will decouple the regulatory linkage with the neighboring estrogen receptor 1 gene, a linkage we suspect is crucial for the polymorphism being limited to females. I’m personally fascinated by how developmental systems can be structured in such a way to produce adaptive phenotypic variation, and am especially interested in gene regulatory networks and modularity. 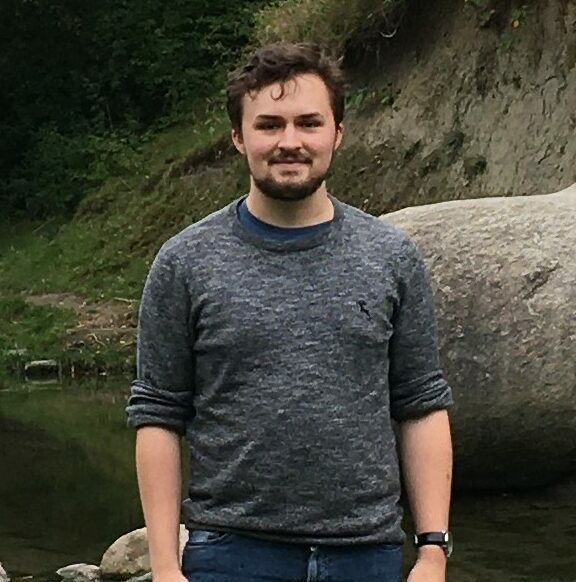 My name is Sergio González. I’m a Guatemalan biologist finishing my Erasmus Mundus Master in Evolutionary Biology. My main interests are in Herpetology, Conservation Biology and Evolutionary Biology. In particular, I’m interested in the mechanistic underpinnings of adaptation which feed into Conservation Genomics, Evolutionary Rescue Theory and Complex System Biology. My work in Lund will focus on the activity of transposable elements (TEs) in the genome of wall lizards (Podarcis muralis) in different invasive populations which are adapting to cooler climates in England. The adaptations to the cooler climate include a faster embryonic development and we would like to know if TEs play a role in this, and analyse if the mechanisms to achieve it are different depending on the lineage of the invasive populations. 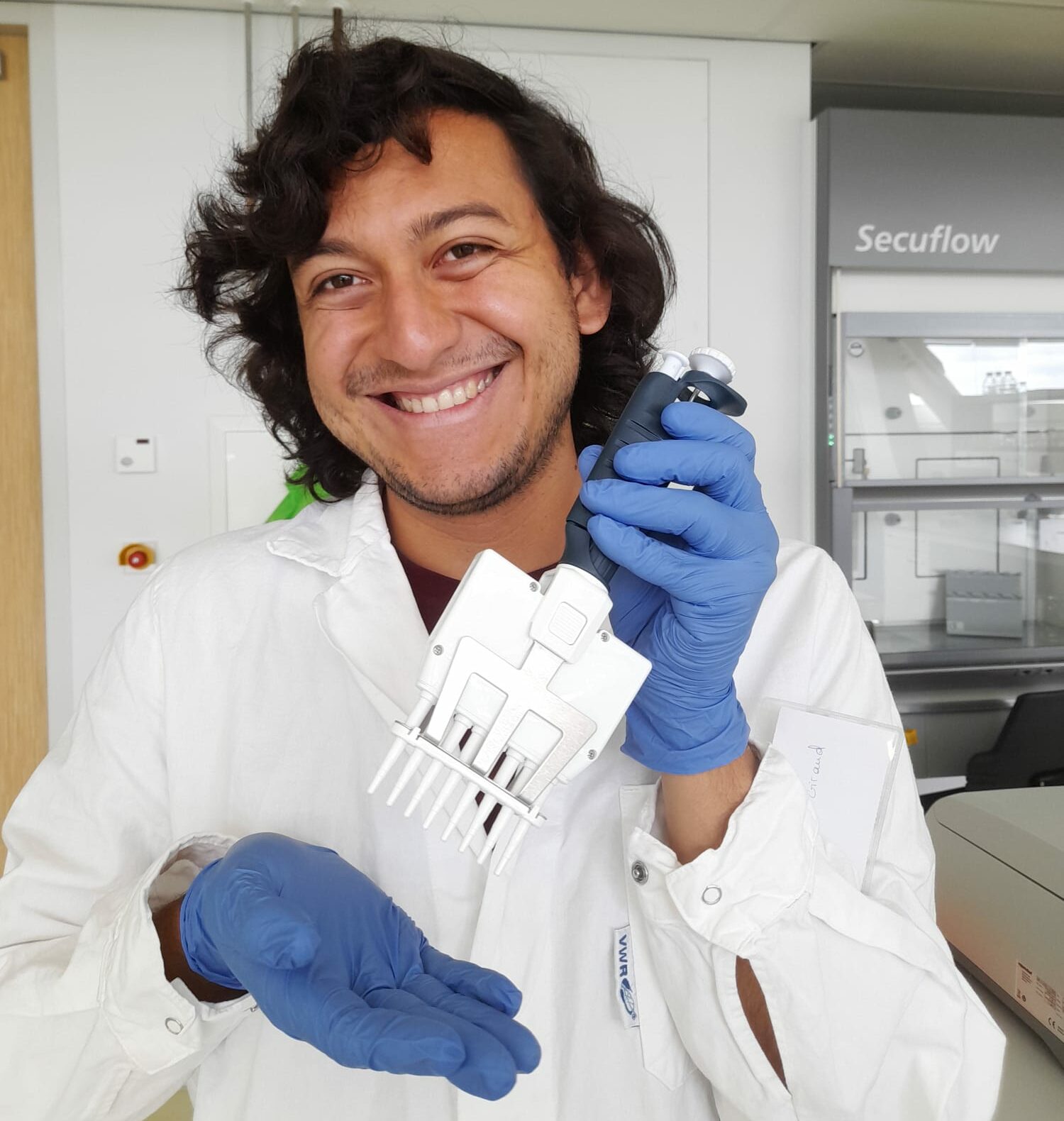 Where are we from? 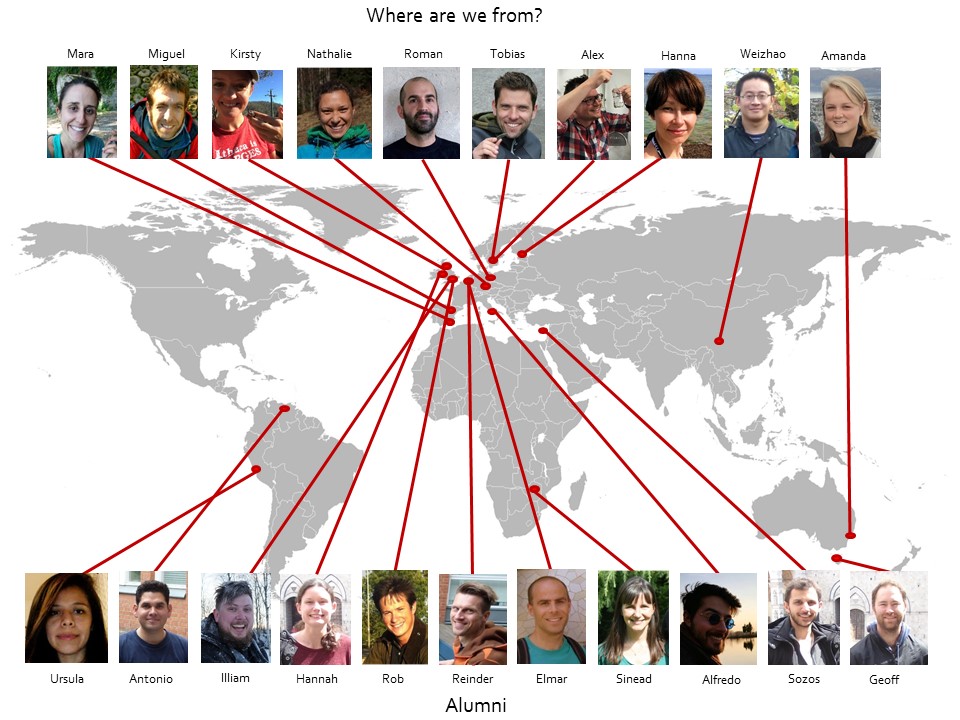