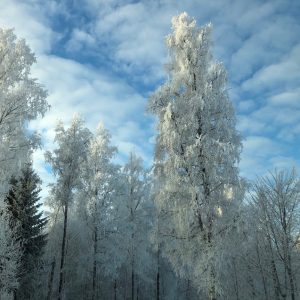 Winter is not really the best time of year in Skåne, unless you really enjoy all those different shades of grey. To get a feeling of a proper Swedish winter, the group packed their warmest clothes (and triple pairs of socks) and headed up to Sunne, where Tobias was born and raised. Winter in Värmland is the real thing – snow-covered forests, ice-covered lakes and the hope of a rare wolf spotting.

Tobias’ parents opened up their whole house for us, and his brother served as the cross-country skiing coach and ‘vallachef’. People from eight nationalities put on their skis – some for the very first time – and headed out to the tracks. Everybody had healthy rosy cheeks and slightly frozen toes by the end, and incredibly nobody was injured! In fact, Yang and Mara both proved to be natural talents at skiing, despite the limited snow cover in Chengdu and Murcia. This was extra impressive considering that Yang broke his ‘low Celsius record’ two days in a row and had only once seen this much snow before – an occasion he described as “catastrophic”! 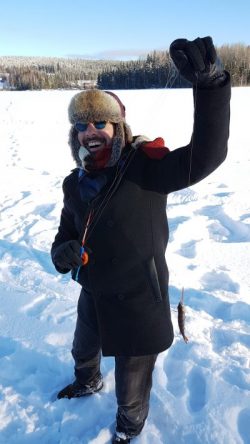 Ice-fishing released a lot of creative forces in the group. Pumping up a groovy atmosphere in the glorious sunshine, Illiam and Alfredo managed to pull up several perch while the others skied across the lake. Back at the house, an old snow racer could of course not be resisted. The greatest daredevil and air-time record-setter was Reinder, perhaps due to limited childhood experience of what happens when you go down hills really fast…

After these lovely but chilly outdoor activities we enjoyed cosy evenings around the fireplace with games and wine. Alex turned out to have the best strategic skills whereas Illiam proved to have the gift of storytelling (a.k.a. lying). Nathalie turned out to be an amazing air pilot, Hanna a master of skull-drumming and Tobias – well, he was still the real Harry even when everyone else had lost track.

Many thanks to the Uller family for an amazing weekend. We’ll see you again next time… ;-)! 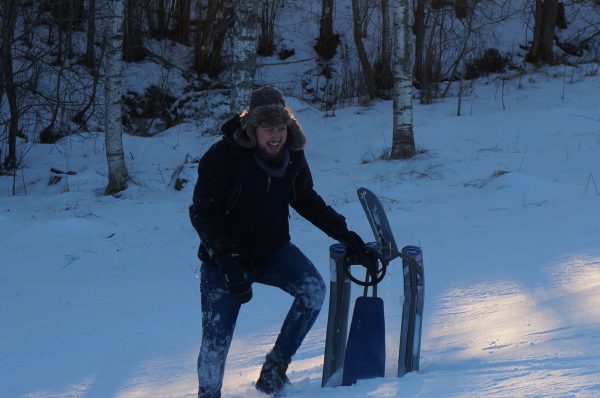 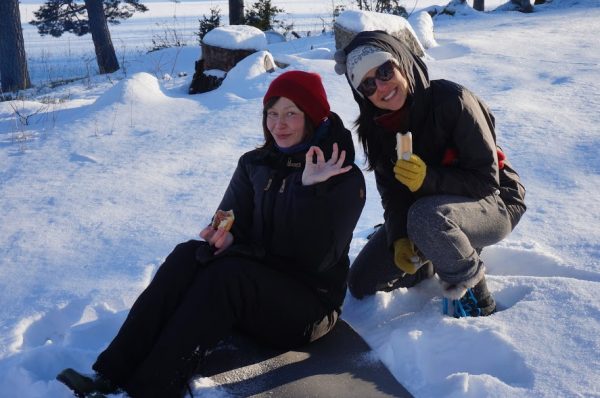 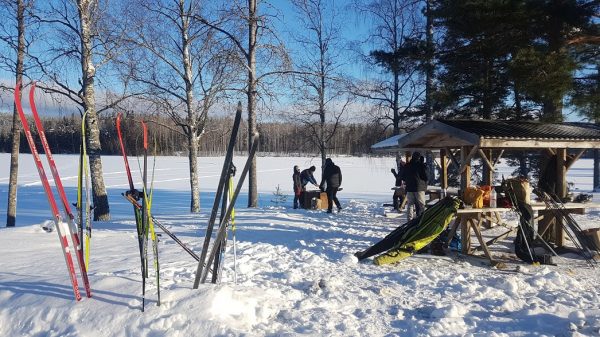 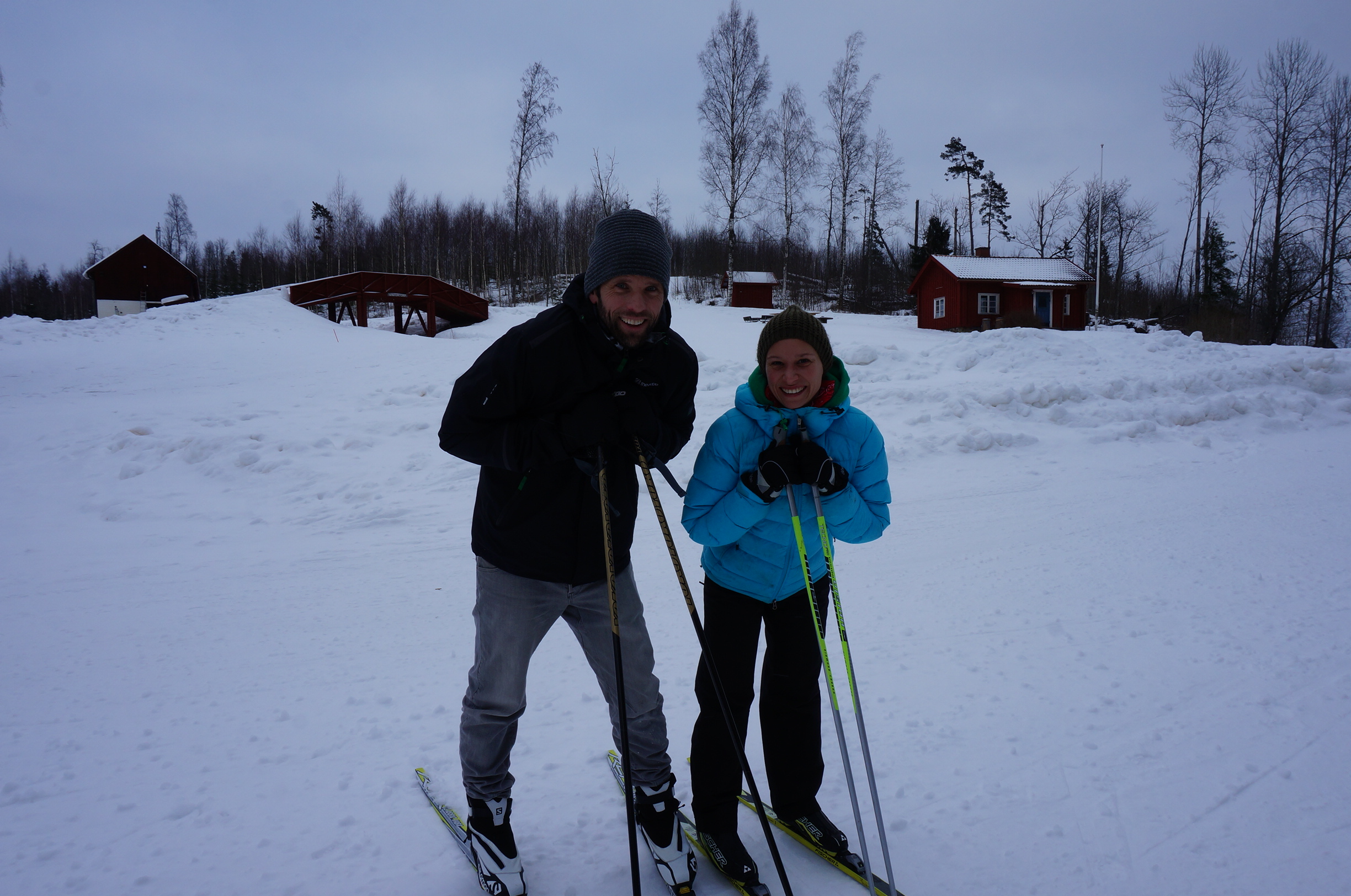 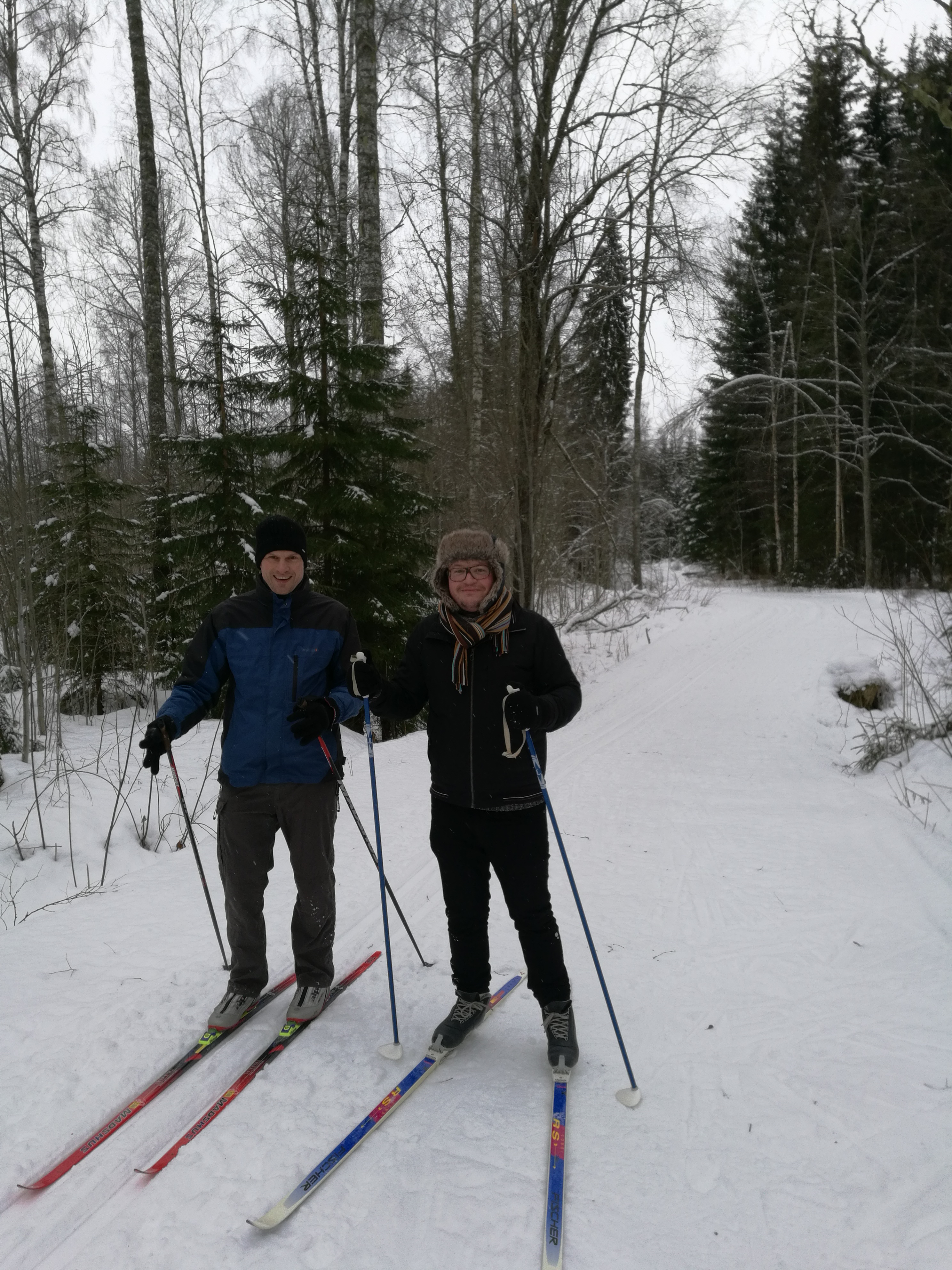