The organizers had chosen an appropriate setting for the 2018 Anolis symposium – sunny Miami, Florida, at the Fairchild Botanical Garden that ‘hosts’ six Anolis species. Since Nathalie was working at the museum collection of the University of Florida, she took the opportunity to join for two days of Anolis fun. 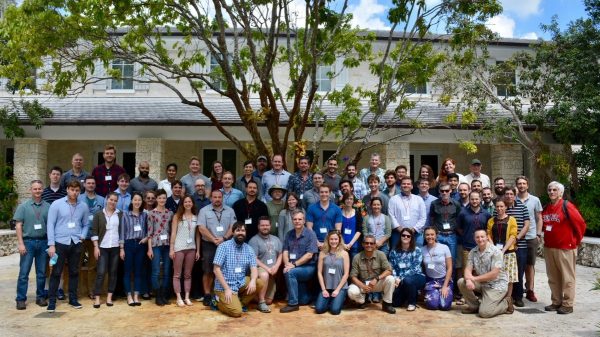 The meeting was the fifth of its kind, with the first taking place already in 1972. That is an average of one meeting every 9th year! Not very frequent, but it means the symposium already is a classic event. The program was full, but the organizers had scheduled long coffee and lunch breaks to make sure there was enough time to explore the Botanical Garden, in particular to meet our scaly friends, of course. 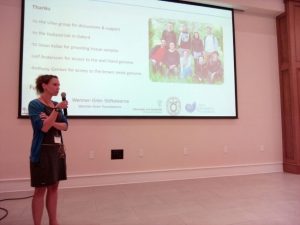 There were 31 talks. These covered pretty much every question that can be asked about Anolis lizards: behaviour, ecology, population biology, developmental biology, genome biology and evolution. Several talks were on urban ecology since many Anolis species have developed a taste for busy metropolitan environments, something that is easily observed in Miami. Most speakers presented ongoing work which generated a lot of fruitful discussions. Nathalie presented her work on the relationship between transposable elements (TE) and diversification rates in Anolis, and how transposable elements may be responsible for some pretty cool changes in Hox gene expression. TEs were new to many in the audience, but Nathalie managed to get the ecologists excited about genome biology.

The talks were great. But the best thing about the symposium was to meet other Anolis enthusiasts and to talk (and see!) ‘Anolis’ for a whole weekend! For Nathalie – the only representative of the old world, as pointed out by Jonathan Losos – it was a fantastic opportunity to exchange ideas with those who shared an interest in evo-devo. There was a lot of successful exchange of ideas – from practical matters like the best way to image embryos, to the conceptual issues surrounding the role of development in evolution. 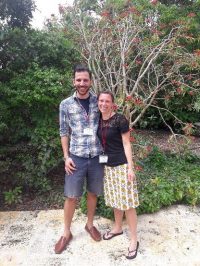 And look who turned up! Sozos Michaelides – who finished his PhD in our group three years ago – has abandoned the wall lizards and is now disentangling the introduction histories of Anolis lizards with Jason Kolbe at Rhode Island.

Thanks to James Stroud, Anthony Geneva and Jonathan Losos for a fantastic job with the organization. James, the local amongst the organizers, made sure that everyone got a taste of the Caribbean – serving Cuban delights during coffee and lunch breaks, and homebrewed beer (‘Lizard lager’ and ‘Anole ale’) in the evening. The next meeting is scheduled for the year 2025 – we look forward to it!