The third and final workshop funded by our EES grant took on the role of developmental bias in evolution. Like the meeting in February, Santa Fe greeted us with snow, jetlag, and huevos rancheros for breakfast.

The workshop showcased the extraordinary breadth of approaches used to understand if, and how, developmental processes direct evolution. Ecologists, developmental biologists, and palaeontologists explained what data are out there and what they mean. Theoretical biologists and computer scientists convincingly showed that the role of development not only can be formulated in precise terms, but that there are predictions ready to be tested. Judging from the work presented, we can look forward to some very interesting studies doing just that in the near future.

As there should be, there was both unity and spirited disagreement – with views ranging from development as constraint to development as the main driver of evolution. History and philosophy of biology again proved useful to understand this diversity. While debate over the role of development in evolution is as old as evolutionary science, contemporary research really does seem to bring new insights – conceptually, theoretically and empirically. 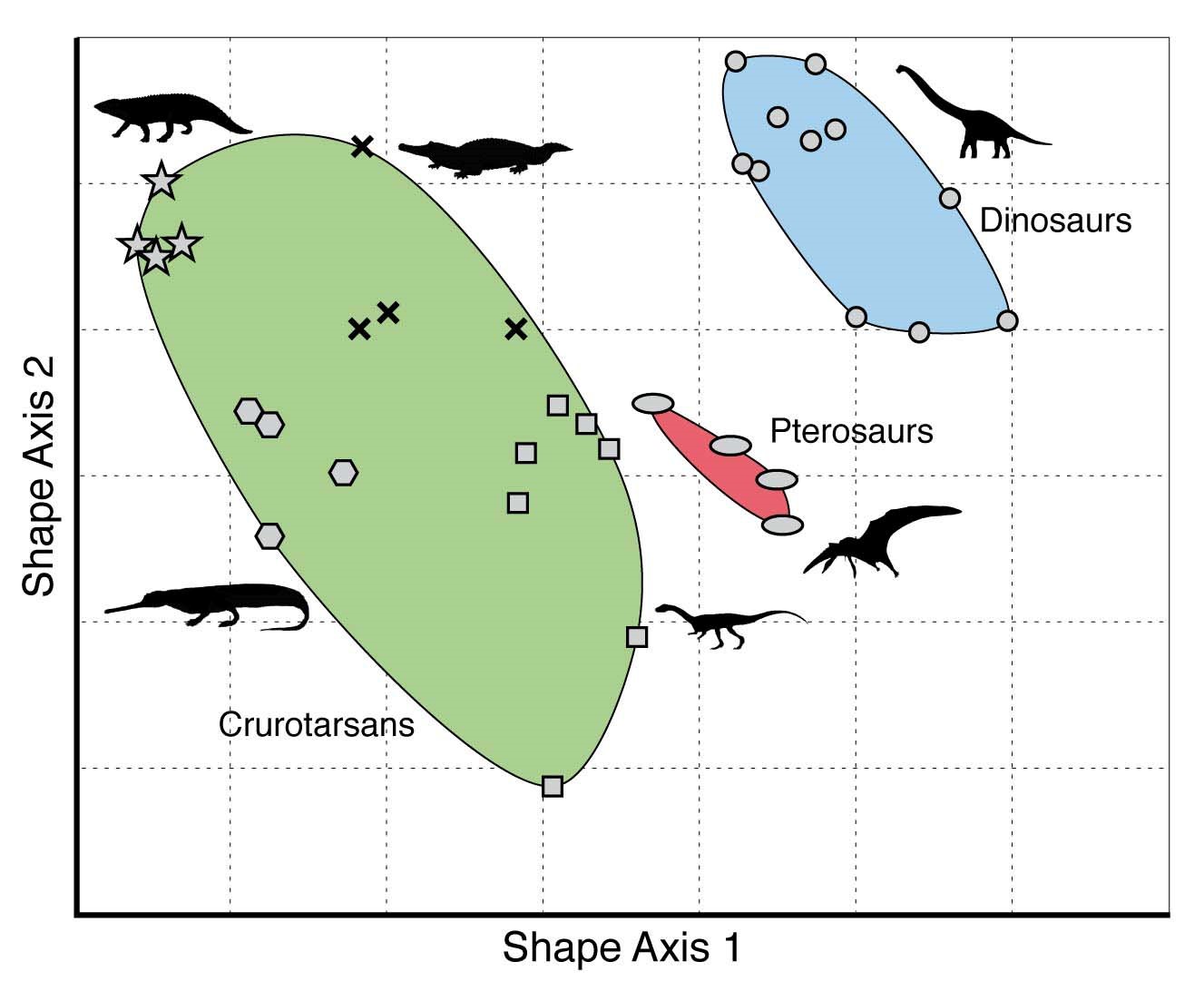 One way to think of developmental bias is through the use of morphospaces. The morphospace of several groups of reptiles (including dinosaurs) that lived around 230-200 million year ago, using two (undefined) shape characters. Reproduced from the Palaeobiology Research Group of the University of Bristol, UK

Origin-Of-Life researcher Wim Hordijk kindly summarized his views of the meeting on this blog. The Lund crew – Tobias, Alfredo, Nathalie, Reinder, and Illiam – are very grateful to the SFI for hosting, and the organisers for giving us a lot of things to think of. Next up – the Evolution Evolving meeting at Cambridge. See you there!