Small encounters can have large impacts. This counts for animals as well. Particular for social animals – such as great tits – encounters with others affect how they move around and where they eventually settle. And this influences with whom they mate and how successful they are in life. In a new paper published in Molecular Ecology, Reinder Radersma and colleagues from Oxford and Sheffield show that the social environment has a large impact on the movement of great tits – a bird species roaming around Wytham Woods and many other Eurasian forests. These movements affect the distribution of genotypes, which is crucial for how the population can evolve. After all, the distribution of genotypes across an area shapes the genetic combinations that arise and thus, the opportunity for local adaptation.

A particular difficulty when investigating how movements are affected by social interactions is that it is very hard to separate social effects from other factors which vary in space. For instance, when food is not equally distributed – as is often the case – animals might aggregate in food-rich areas. It may look like individuals choose to interact, because many individuals are at the same location. However, it is simply the food, not the company, that is the attraction. 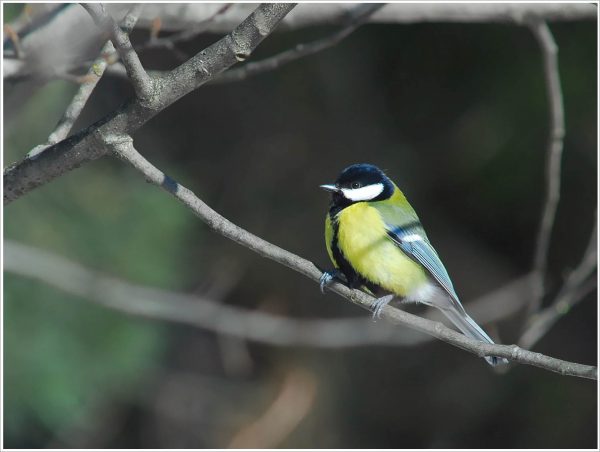 Reinder and his colleagues used techniques recently developed for spatial statistics and extended its use to analyze social networks to separate the effects of spatial variables and social interactions on tit movement.

They show that the movement of individuals and therefore the distribution of genotypes is strongly affected by the preference to move around with the same individuals, in other words, hanging out with “friends”. In addition, the birds do not befriend simply individuals that live in close proximity, because neighbors have similar genotypes. Instead, they pick friends that are genetically different from themselves. As a result, the genetic structure of the population is affected by both social and spatial effects.