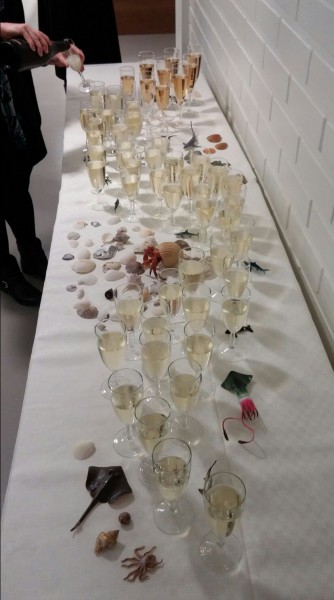 With expected ease and elegance Hanna defended her PhD thesis at the University of Helsinki on November 27, followed by a traditional Finnish party.

In her thesis, Hanna used molecular markers to establish the extent to which fish and invertebrate fauna of the Northern Pacific and Atlantic Oceans have exchanged genetic material. These data reveal a remarkable variation among taxa and in 30% of case studies could she establish more than one trans-Arctic invasion. Hanna’s work is a massive effort that synthesizes data from more than 70 taxa and shows that animal movement in this part of the world has been more dynamic than previously believed. Most chapters are published but the thesis itself can be found here. Many congratulations, Hanna!