This year’s European Society for Evolutionary Biology meeting was held in Groningen. ESEB is always a great opportunity to see old friends, learn new things, and – somewhat jealously! – see the progress on the most famous study systems in evolutionary biology, such as cichlids, Heliconius butterflies, and bird beaks. And progress there was. Among the most memorable were further evidence from the Seehausen group – presented by Joana Meier and others – that hybridization has played a creative role in fish evolution in both African and European lakes, and a tour-de force of Heliconius evolutionary genomics in a plenary by Chris Jiggins (there is a book, not only for butterfly lovers!). Hybridization was hot at the meeting so it was a shame that Yang was unable to join this year. Wallies were represented, however, by a nice talk on the ventral colour polymorphism by Pedro Andrade. Chances are they will make a big splash next year in Montpellier! 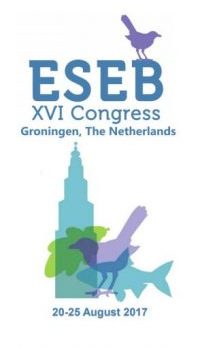 To be fair, ESEB has never been a hotspot for development and this year was no different. Manhattan plots abound, but there was generally little process-oriented research to allow us to connect genotype and phenotype. Exceptions included an excellent plenary by Renee Duckworth, where she demonstrated how to integrate proximate and ultimate causation to understand why organisms change over time or, in this case, why they may not do so. Another exceptional talk was delivered by Alex Badyaev, expanding on his recent papers on the evolution of carotenoid colouration in birds. Describing evolution as transitions between external and internal control in regulatory networks, this work demonstrated the potential for taking a comparative network approach to study innovation and diversification from a developmental perspective.

Other welcome islands in the sea of genomics of adaptation include Andreas Wagner’s plenary on innovation and modularity, or a talk by Christoph Thies from Richard Watson’s group who presented some refreshing ideas on evolutionary transitions in individuality and demonstrated how to capture this process formally. Plasticity and evolution was represented here and there, including an update on the spadefoot toad story by Ivan Gomez-Mestre.

Judging from the ESEB talks, evolutionary biologists are very interested in extra-genetic inheritance. Most talks – including a pretty well-attended symposium keynote by Tobias – revealed this interest to largely be about adaptive function, but with some nice links to life history and ageing (many thanks to Foteini Spagopolou and the other organisers). With a better integration between development and evolution we may look forward to more work on how inheritance systems actually originate and evolve. Chances are Daphnia will deliver some of the pieces of the puzzle and Reinder’s poster – showing preliminary data that quantify the extent of extra-genetic inheritance – was indeed well attended.

The poster sessions were actually one of the meeting’s highlight. Taking place in what resembled an aircraft hangar, it was cool and spacious. And there was wine. Nathalie – presenting her work on the evolution of embryonic gene expression in wall lizards adapting to cool climate – was super busy explaining her findings to other attendees. The whole meeting was full on – I did not even manage to talk to many of the people I know well!

It is always nice to visit Groningen, a place where many of the most creative researchers in evolutionary biology took their first steps as MSc students. With 1600 attendees, these meetings are really too big to take on, but the organising committee – headed by Leo Beukeboom and Simon Verhulst – did a great job pulling it all together. We are already looking forward to see what Turku and Prague can come up with in the years to come!