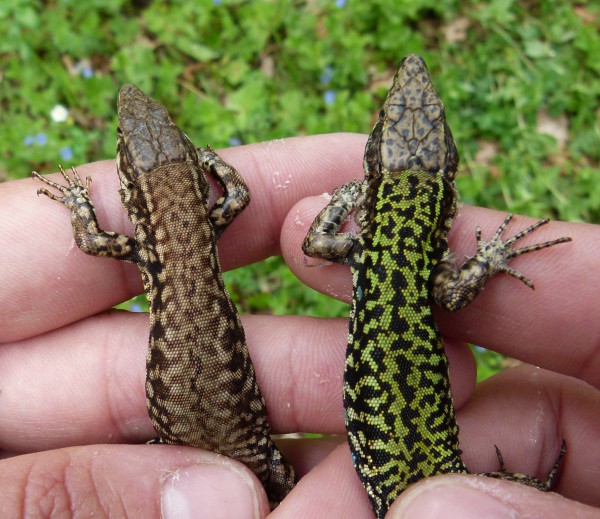 Now on its fifth year, the spring field trip to Italy surely counts as a tradition. But for Hanna and Yang it was the first one. Finally they got to see where all those DNA samples come from! This year we were also very much helped by the knowledge and skills of the Italian colleagues. Daniele Salvi joined our sampling team for several days, and his local knowledge of lizards around Rome and expert catching skills made us more efficient than ever. 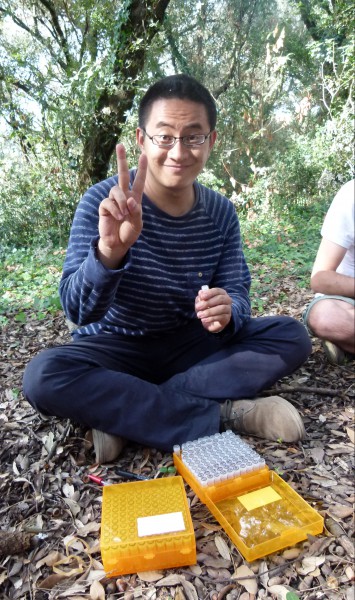 Despite some bad weather towards the end of the trip, we completed two new transects across hybrid zones between our green-and-black Tuscan lizards and the brown guys. Judging from the phenotypes, the patterns of introgression are very similar to what we see in the Liguria hybrid zone. It will be very interesting to see if this similarity extends to the genome.

The curse of phylogeography is that every time you put another dot on the map it creates a new gap between dots… Being in the field also stimulated ideas, so we have plenty of good reasons to be back again next year, armed with new results.

Below: Sampling on an ancient aqueduct in Rome 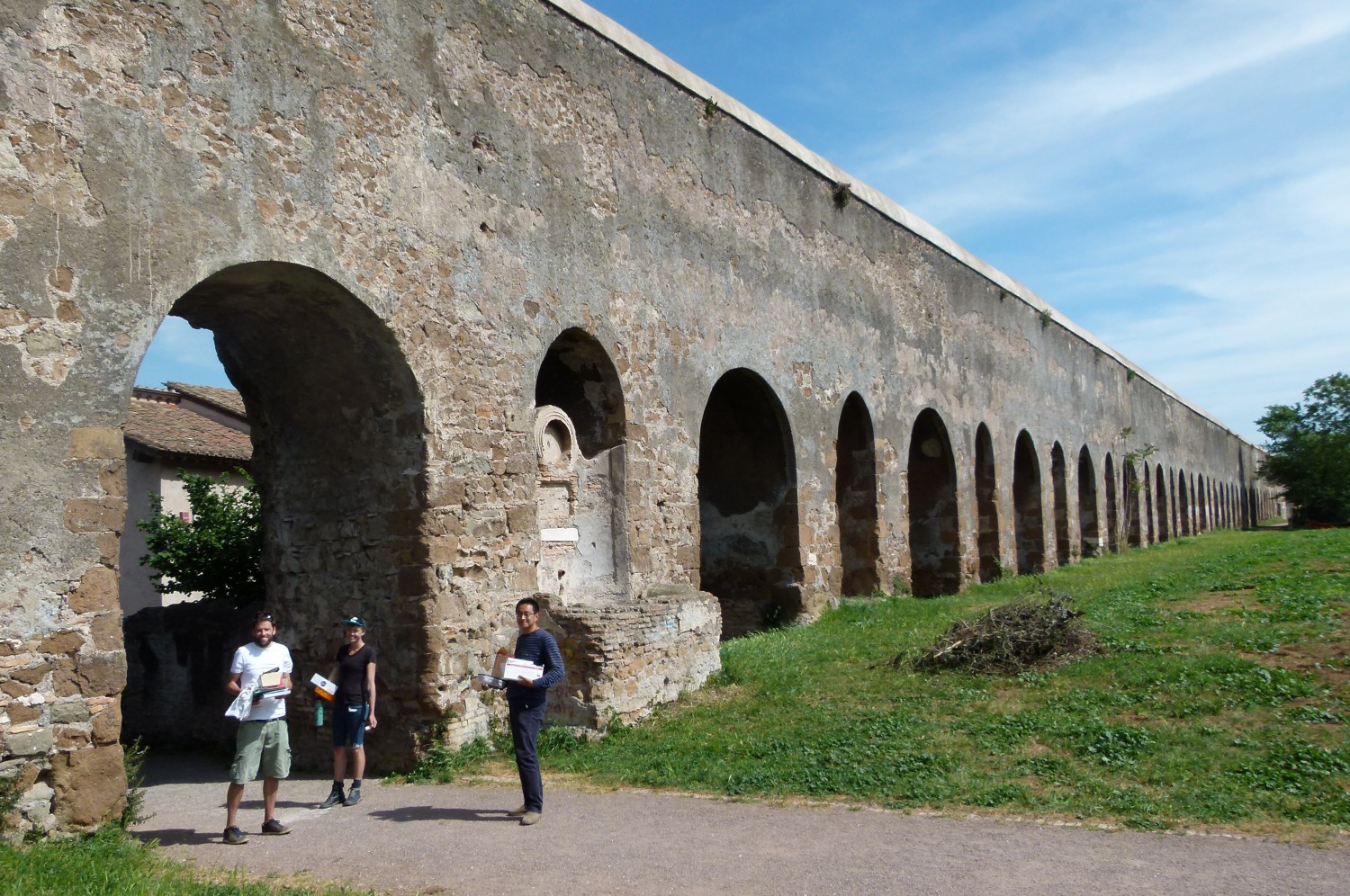 Below: We visited Marco Zuffi and the Mi.Pi.Pa team in Calci, where we received a full tour to the zoological museum and planned our sampling schemes 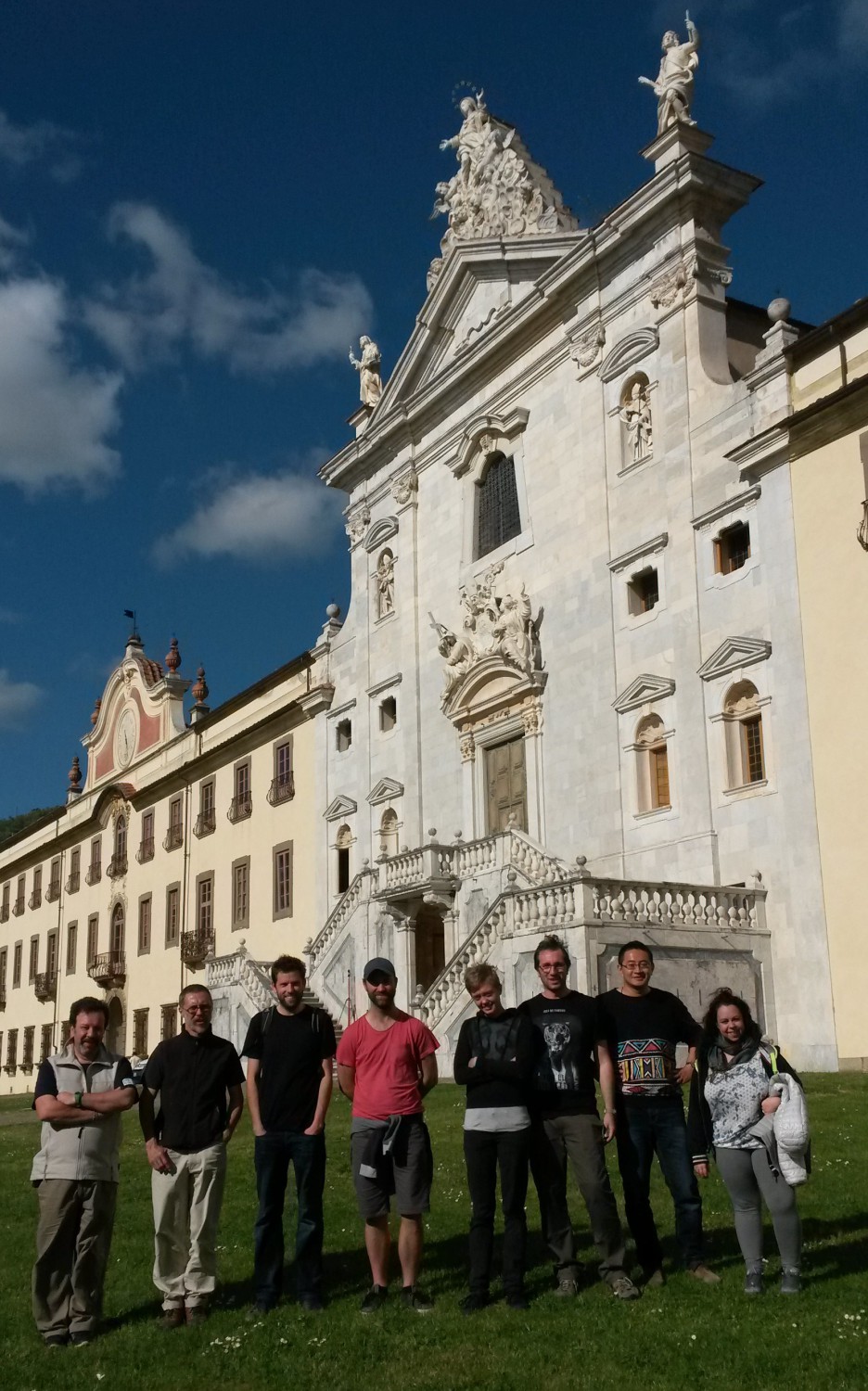